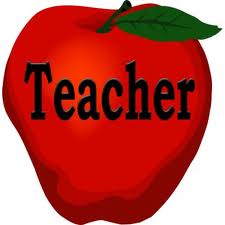 Today's word is personal to me, because I used to be a teacher. Our word is undervisa which means to teach.

Pronunciation:
I discussed this with The Swede, and we came to the conclusion that there is no similar sound to be found in English for the “u” at the beginning of the word. He's not only a Swede, he's a linguist by degree and speaks at last count 9 languages, so when he says there's no similar word, I will believe him. The rest of the word is, as you might guess, pronounced exactly as if you were saying under (as in there is something on top) and Visa, which is a credit card. I guess you must have left your receipt undervisa. Chances are that if you're in Sweden and need to ask for teaching, your American pronunciation will get you close enough for them to understand you.  And find you a teacher.

I also think today's word is appropriate since I've been attempting to undervisa you in Swedish. Which got me to thinking...perhaps we should have some sort of graduation certificate. I'm not talking big final or anything...but I'm begging digital genius Jeremy to make us some bling to show-off in our sidebars. After all, you've worked hard. “I took Swedish lessons at Life is Good” AND survived the A-Z Challenge.” Or something like that. Wadda ya think?

I also challenge you to write me a sentence in Swedish in a comment between now and April 30th. It doesn't have to BE your comment, but when you're done saying what you want to say, throw in a Swedish sentence. It's OK to make it Swenglish, as in using words from both languages if that works better for you. For example, someone posted, “I'm going to my egen sommarstuga in my bil.” Give it a try!

P.S In case you STILL haven't heard yet, our reflections posts start May 7th. There will be a linky at the main A-Z Blog for you to link up your post, once you have it up. We know everyone is returning to their pre-challenge schedules, so you have a full week to get it up there. Reflect upon the challenge, share your thoughts and ideas, offer advice on what went wrong, what the team could do better, etc. If you want a sample, here's mine from last year.
Posted by Tina at 3:00 AM

to teach is a high calling....and i will have to think on what i want to say....smiles.

I have to think of a good sentence!

Swedish -cant even do English well

we are over at Ladys Knight

I wonder if the U in Swedish is anything like the Umlaut in German.

I was trying to do a crash course from the posts I've missed. I'll have to go back and study to write a whole sentence. Unless, I just write Jag elsker di. Is that right?

awesome to learn new ways to say things! thanks! also a teacher =)

Ooh, now there's a challenge! I might have a go at that.
Linguists really impress me, so that would mean The Swede, too. Language and word origins can tell us a lot about history if you know how to 'read' them, even more so if you know more than one language.

Have to go brush up on your posts before I do that sentence!

I am not sure I can come up with a sentence, even reading a lot of the posts.

I will have to think about that sentence. Enjoying your posts!

I have loved all my lessons. I dunno about da sentence. Seriously I will tr you deserve to see how well your students learned.

Swenglish... I am more into svorsk, since I have learned Swedish and Norsk and I keep mixing them up...Anyway, tack så mycket för den här språkkurs. Det var så roligt. Hälsningar från Österrikke!

Knowing that there was no similar sounding word made me ridiculously happy. I think that's pretty cool.

A full sentence...yikes. I'd better start on that.