She's here! She's finally here! My cousin GorgeousGirl just moved in with us. We have been waiting a long time for this, and the whole family is excited. AND she brought her adorable Yorkie, Ajax. 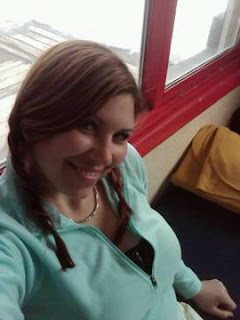 We have a strange family dynamic going on with succeeding generations. It all started with me being born when my Aunt Risky (her mom) was 16. GorgeousGirl was born when I was 16, and then Jake was born when she was 16. Weird, isn't it? I was so excited when she was born, my very first cousin! I'd waited a long time for one. Aunt Risky worked part time, so on Friday's, we got GorgeousGirl.
It was so neat for me, who grew up playing with dolls a lot, to have “real” baby to take care of. I remember walking her around, trying to soothe her, her tiny arms wrapped around my neck as she cried and cried. When she got too big for me to carry for very long, we'd sit in the soft chair in the family room, and I'd walk my fingers up and down her arms. “Tickle my arm some more!” I was hard leaving her behind when we had to move from MD to CO when I was almost 18. (Not to mention how it totally sucks big time to move for your senior year...)
After that, we only saw each other on yearly visits to the Briarpatch, and occasionally at Christmas. She loved make-up and would want to practice on me. An expert with nail polish at the age of seven, she gave great “manicures”. She would style my hair, and put eye-shadow on me. But as she got older and moved in with her dad instead of Aunt Risky, we rather lost touch for many years. It wasn't until she was an adult that we reconnected. Joyously. We began the yearly or so visits again, and of course, she came for a visit at age 16 when Jake was born. That's tradition.
My kids adore her. She's to them what my Aunt Risky was to me – the daring one. The one who lets Jake drive her jeep up and down the Briarpatch driveway. The one who takes them out on the jet ski. Who takes them snowboarding. Who'll go to the pool with them the third time in one day when all the rest of the adults are tired from skiing and just want to sit in front of the condo fire with a glass of wine. She's infinitely patient with them, and truly seems to enjoy them instead of “just giving you a break from them”. 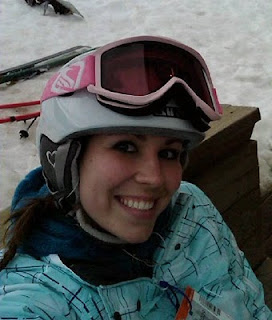 It was probably five years ago that we light heartedly began talking about her moving in with us. It started with the fact that our guest bedroom is quite pink, which is her favorite color. But there was either a boyfriend, or her horse, or something else keeping her in MD. This spring she was at a training conference for her job and met some CO counterparts. (The cosmetic company – yeah, that's what she does, grand right? - has stores all over the country.) 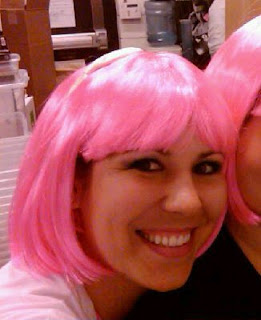 She visited them when she was here for one of our snowboarding vacations and the idea just seemed to take root. Before long she had her transfer, started packing, and planning the move. 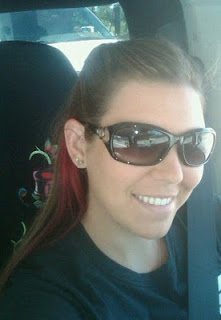 On Thursday, she arrived with her jeep, her dog, and a trailer worth of belongings. Most of them equipment for the outdoor sports she loves so much, and CO can so easily accommodate. She's part of our family in a more personal way now. And she's does my eyebrows. What more can a girl want?
Posted by Tina at 6:40 PM

very cool...glad she is home. and all kida need a daring aunt...smiles.

This is a great "family" posting and I think it very interesting when Peeps blog about their lives, what's happening, or happened. It becomes something spiritual them, to read these things. Tina, thank you MUCH!

Lovely. What a beautiful girl...and how could she be anything less...look at her Aunt?!?

What a treat for you, Tina! Love reading your wonderful writing!

Aren't you pleased?!
Amazing that after all these years, you are still such great pals.

Geez, maybe we should have a telethon to raise money so she can do something about her unfortunate appearance....


She's gorgeous, fun and does eyebrows? Keep her!