Here's my Tuesday version of Nicole's MMM: Monday Movie Meme. Before I begin, just want to say how much all your wonderful comments yesterday meant to me. THANK YOU. I appreciate you sharing your stories and encouraging words. I pray you don't have to suffer chronic anything. 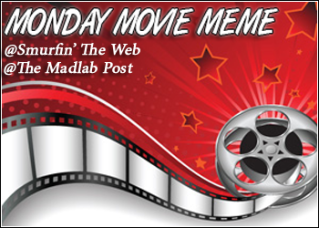 Today's meme topic is: Meet the Press! Name a movie where meeting the press or being the press features prominently in the movie. The way I do this meme, now that picture stealing is illegal, is that the name of the movie is a direct link to the imdb page about it. So click there for pictures, etc., if you want more info than I've given. Also keep in mind, I don't feature movies in the posts that I haven't seen or wouldn't watch again. In other words, they are recommendations that I think you might enjoy.

America'sSweethearts
John Cusack and Catherine Zeta Jones are a married, successful romantic comedy team, on the press junket for their latest movie. However, they are breaking up, so the job is to keep the press from finding out. Comedy ensues. Billy Chrystal and Julia Roberts also star in this movie. It's one of those two star movies that are light and fun, and John (and Joan, for that matter, but she's not in this one) Cusack are two of my favorites. If you're in the mood for a “snack” of a movie, this one is tasty.

TheTruman Show
On a completely different track, and not light at all, this movie is truly unique.  Truman goes about his days, without a clue that his entire life is a TV show, and that all his friends and family are merely actors playing their parts on a giant soundstage. What will happen when he finds out the truth, meets the director, and “the press” who have been running his entire life...his entire life. I was reluctant to see this movie, because I am NOT a Jim Carrey (who plays the clueless Truman) fan (Dumb and Dumber, I don't think I need to say more), but I love Ed Harris, who plays the director, and Laura Linney, who plays Truman's extra perky (can you say product placement cooking?) wife, so I gave it a shot. It's one of those movies you can just watch. Or, you can do what my favorite thing is, and discuss it for hours. I just have a hard time finding someone willing to pick apart a movie to that extent...It's a movie that makes you think about how blurry the line is between reality and fantasy and how much the press can control. Keep in mind, this movie was made WAY before reality TV hit the screen.

What movie come to mind when you hear “Meet the Press!” You can either stick them in my comments, or write your own post and put the link in Nicole's comments. Either way, let's share some recommendations!
Posted by Tina at 8:53 AM

Iron Man? Probably not what she was after though...

Hellraiser 3 starts with an investigative reporter....

oo i like truman show....it def captures our sickness for reality tv....smiles..

Ummm...that movie with Mel Gibson back when he was only playing a crazy guy instead of actually being one. Julia Roberts was an investigative reporter.

Conspiracy Theory! That was it. Great movie!

I admit, I find America's Sweethearts a guilty pleasure, and while I like The Truman Show, it disappoints me for some reason. Not really sure why.

Also, gave you a shout at at IrreX2 for helping me out with the short film. Many thanks.

Hi Tina .. I haven't seen either - but perhaps I now have more time I can catch up and keep up with the occasional Hollywood release! What was the one with the nuclear theme - The China Syndrome .. dated, but probably still worth seeing.

Those are some good picks for this week's Meme. Although I like Catherine Zeta and Julia Roberts in some of the films they've starred in, my interests in watching America's Sweehearts have been pretty slim.

Ditto for The Truman Show too but I would likely watch that before I ever watch Catherine Zeta's movie...only because I tend to like Jim Carrey. He was funny in Liar Liar as well as Ace Ventura Pet Detective (yeah, I know the latter is a silly movie but humor me a little) so I'd give The Truman show a shot....maybe.

Thanks for participating in this week's meme.