Moving on... on behalf of Tina Downey

On behalf of the Downey family, we want to let Tina's friends and followers know that she went to be with the Lord Saturday night, August 23rd.  As many of you know, Tina struggled each day with pulmonary hypertension and had been in and out of the hospital all year.  She was admitted Tuesday and appeared to be getting better.  Saturday evening she took a turn for the worse and doctors discovered she had sepsis. She fought valiantly but when they attempted dialysis, her body gave out.

We know how much you all meant to her and filled her life with joy every day.  We truly appreciate the special way each one of you brought significance and meaning to her life.  No arrangements have been made at this time.  We will provide updates as details are made known.

Friends and Family of the Downeys
Posted by Tina at 10:58 AM 210 comments

I Climbed Long's Peak with My Sister the Day I Got Out of the Hospital!

That should have gotten you attention!  Impossible feat.  However, my Swissie, DID climb it, with her husband and his friend who have done it before. She took me with her, though. Sixteen grueling miles, over boulders and along ledges where you can literally fall to your death.  It was a bucket list item for her.  I'm very proud of her.

It's no secret I love sunflowers, so she took one of my artificial ones from some arrangements I made and brought it with her so I could "go there" too. The irony was not lost on either of us that she was climbing one of the most difficult 14,000+ peaks (we call them 14ers) while I was leaving the hospital in a wheelchair with an oxygen tank.

Here is my amazing sister, at the top.  Love you Swissie. 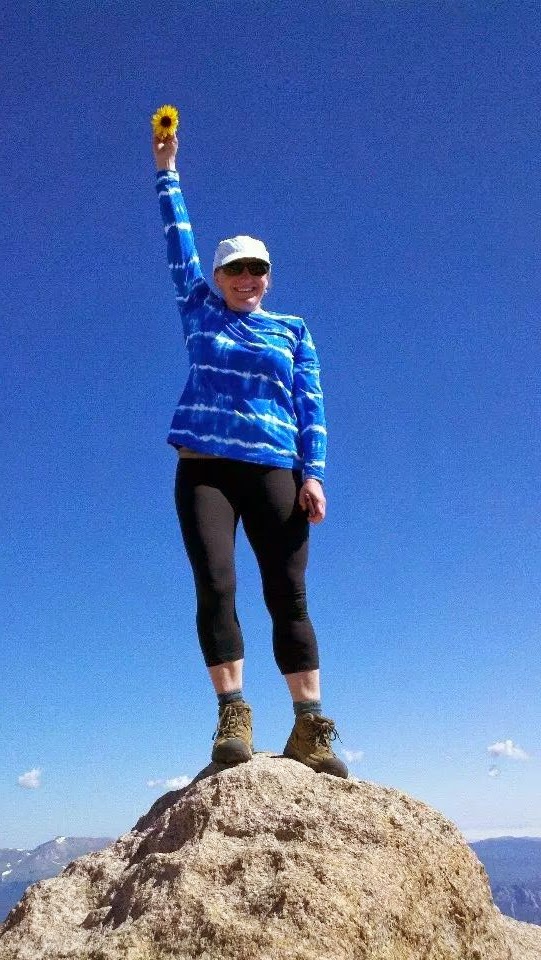 ~Tina, who has climbed a 14er, but not this one...I don't have a death wish, I'm afraid of heights, and well, I'm not exactly in the best shape of my life...


©2014 All Rights Reserved
Photo credit: one of her co-horts, don't know which one, but probably her husband

P.S Yes, I'm sorta back.  Posting will be random, I'll return comments as I have the energy, and I've missed you all very much.  Thanks for sticking around!
Posted by Tina at 12:00 AM 19 comments 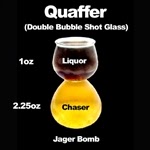 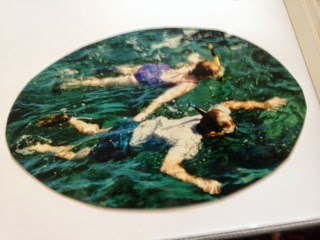 Episode 1: Roommates
Episode 2: You've Got To
Episode 3: The Cheerleader and the Boyfriends
Episode 4: Study Buddies
Episode 5: A Physics Prank
Episode 6:  Marvelous Marble
Episode 7: I Don't Hate My Laptop Quite as Much
Episode 8:  My Days as a Rocky Horror Picture Show Fan
Posted by Tina at 8:45 AM 16 comments

IWSG: Paranoid Lunatic at the Keyboard...

For quite a few months I've been writing some encouraging posts, but not this week.  I'm the insecurest (yes, I made up that word, I get to because I'm a writer) I've been in a long time.

Those of you who follow me know that I'm on an indefinite break from blogging because I was in the hospital for pneumonia for 15 days.  It's a very, very slow recovery.  I post when I have some energy.  It's totally random when.

I'm afraid that all my readers will leave and won't notice when I'm back and that five years of building my blog audience will have to be rebooted. I'm probably too vain to be so excited about what I've done here...but the friends I've made are priceless, and I know they'll be with me, but I had so many new, really loyal readers...

Done whining now.  Thanks for listening.

~Tina, slowly recovering, and not really so good at slow...

Alex “Ninja Captain” Cavanaugh  is our leader for this wonderful, supportive group. Don't forget we even have our own website now.  Be sure to check it out if you haven't already, and "like" our facebook page, too. I'm so impressed with what these talented folks are doing to promote this group! Encouragement month long is now just a click away!